For at læse denne KYST 41 blog på dansk, se her

KYST 41 I arrived early and unpacked my things in good time. Although the day was mild and the sky completely cloud free, the onshore wind was cold and I regretted not taking my gloves and hat. After the last week’s unsatisfying KYST tur, I was in good spirits and eager to get to grips with the day. I painted the silhouetted pine trees with the blood red sky behind, including the metal cables visible on the beach that used to connect the 2nd WW German coastal fortifications on Bornholm with those on northern Poland.

I walked along the coast for a while. Wave-smoothed skeletons of pine trees, claimed by the vagaries of wind and wave, lay strewn amongst the surf. Some, more recently fallen, still retained branches and even pine cones. There were few birds and the incessant rumble of the tumbling waves filled the air. 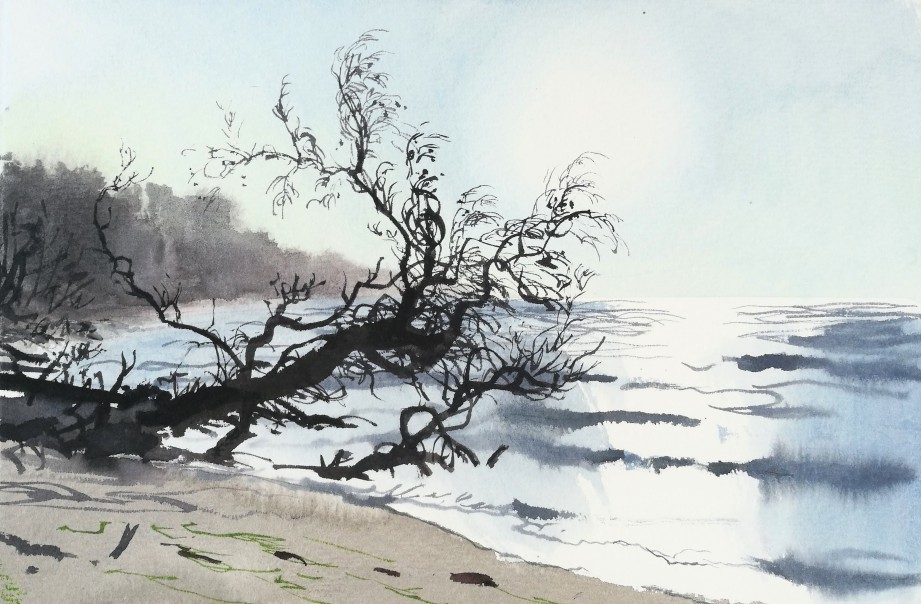 I rounded the point of Sommerodde, and continued westward, the wind strong on my back. To my right, a thick and impenetrable forest of stunted pines, planted in the 1860s to halt the movement of the shifting dunes. The shadows on the sand caught my attention.

The wind and grass combined to draw circles in the sand.

Again, I quickly descended into a funk of self-loathing and dissatisfaction with how the day was progressing and how I was reacting to it. An all too familiar feeling of frustration meant that I grabbed wildly after things, instead of letting myself be taken in. I thought the intricate seaweed patterns at Stenodde might calm my nerves, but to no avail. Whereas I had been too cold, now I was too hot.

I carried on, and soon arrived at the mouth of the Øle stream. The many months of dry weather had reduced Bornholm’s longest river to an almost negligible trickle, and despite the unseasonably warm weather – or perhaps because of it – my thoughts drifted towards the environment and impending ecological Armageddon. A large flock of mute swans feeding in the surf caught my attention but I struggled with their movement and the constant bobbing of the waves (see also top).

I watched a swan sitting on a large flat-topped erratic boulder close to the shore.  I accidently spilt some water on the painting and everything got covered in sand. I came close to breaking a KYST rule and destroying it. I was about as low as I had been during the KYST project.

Another swan managed to get up on to the rock, and the two swans wrestled and pushed against each other. Eventually they both lost their footing tumbled into the sea together – it was a random and amusing little spectacle that somehow put things into perspective and cheered me up. I walked around for a while, and collected a group of colourful leaves. 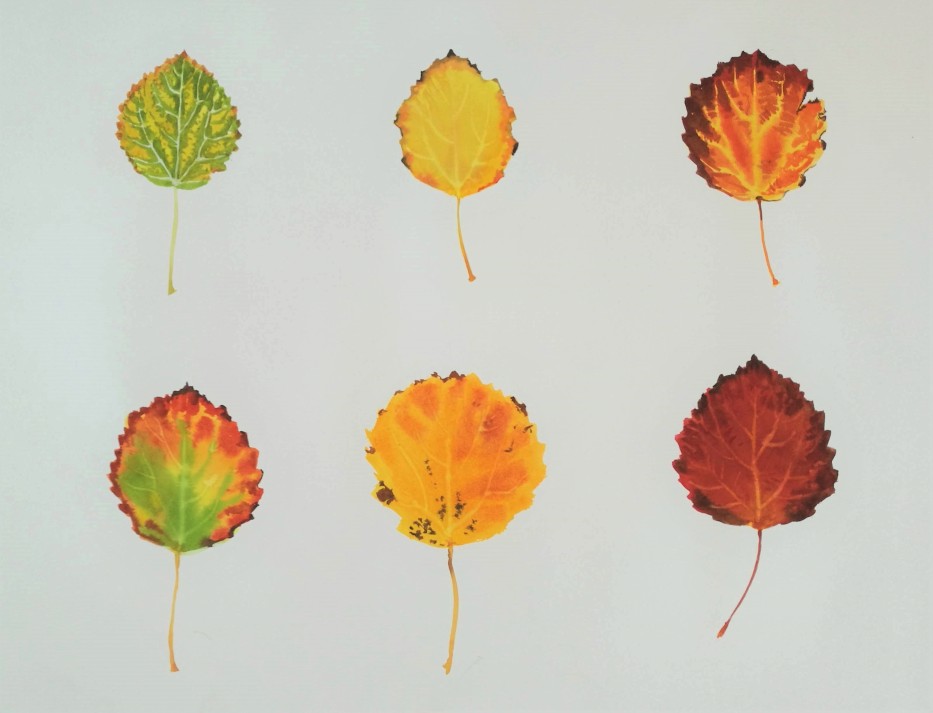 From my perch on a dune overlooking the sea, I got to work on a slice painting. The completely cloudless sky created a different kind of sunset with enormously subtle graduations and blends of colour and tone. I struggled with the changing light and colour and fought hard, trying to depict the delicate tonal values. As the sun finally fell below the horizon the colours deepened, with the sky becoming a sort of strange muted horizontal rainbow. 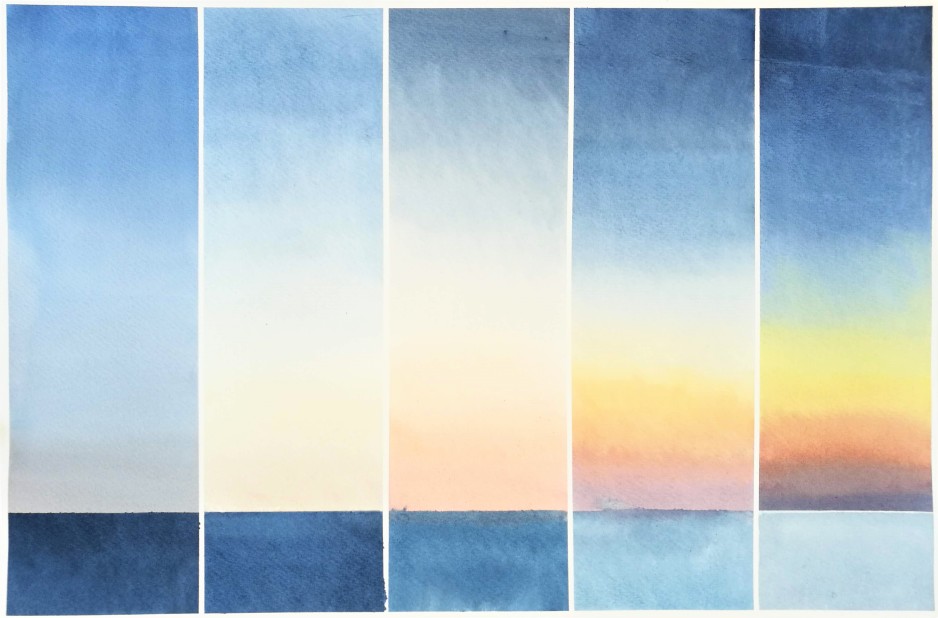 Weather report = Unbroken sun all day. Temperature between 13°C and 18°C. Wind between 7 and 2 m/s from the southeast. Hours of sunshine: 11 hours.

Lessons learned – No lessons learned. Today, looking through yesterday’s work, I am actually pleasantly surprised. Next time I start to ‘lose it’ I will try to remember how I feel today.  I’m not doing this to be ‘happy’, but it shouldn’t be such a slog. I’m doing this because I love looking.

Other stuff = it feels so ‘civilized’ now. I wake up at a ‘normal’ time and am back home by 7pm. I miss those long days of summer.

In my head – The KYST book, applications and so on.